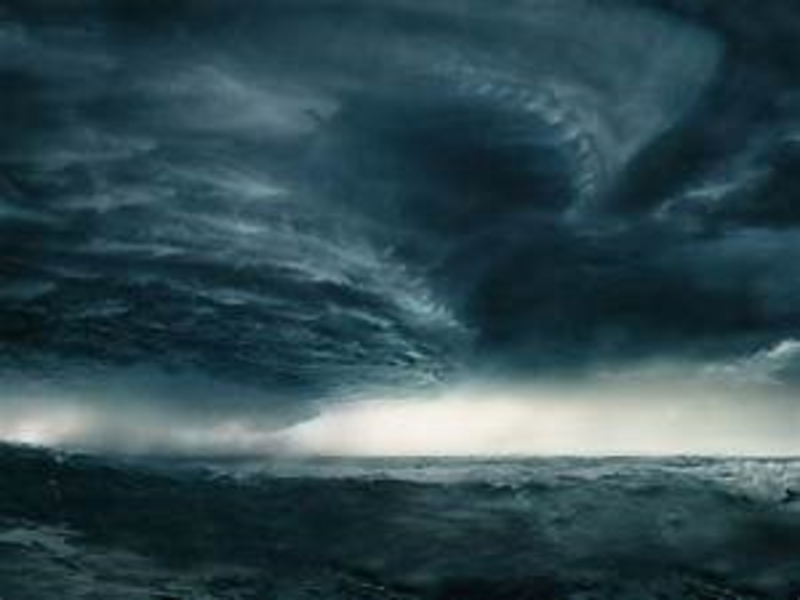 We have a glass kettle in our kitchen...
not only can you hear the water coming to a boil,
you can see small bubbles rising to the top of the water...
and then the single bubbles disappear
as water swirls and rushes and explodes like a storm.

The disciples were afraid
the boat was battered by the waves and far from shore.

But Jesus does not calm the waters.

And Jesus is not the one to initiate an invitation to Peter,
Jesus simply confirms his identity for Peter
by doing what Peter asks... by summoning him to come.

The waters are not stilled,
when Peter gets out of the boat and walks towards Jesus.

Even now... today... Jesus is walking on rough, troubled waters,
and we instinctively walk towards him
knowing we are called... to walk on troubled waters as well.

Now I can imagine some of you are whispering to yourselves,
or your neighbours... ‘Speak for yourself, Hilde’.
I would rather try to stay away from troubled waters?
Isn’t that a better plan?

A number of weeks ago, someone shook my hand
after Worship... thanking me for the sermon...
and added the challenge... “I wish you would speak about racism.”

That Sunday, and almost every day since...
I wondered how to work with that request,
and stay away from troubled waters.

Dare I take you with me, this morning?

Shortly after my parents moved from the family home, in the early ’80s
into a condo in Oakville, Ontario,
I stopped in for a visit just after supper.

My Dad opened the door and greeted me,
then quickly closed the door behind me... and with a scowl on his face, said:
“I don’t think I can stand it any longer...
those new neighbours stink up the hall with whatever it is they are cooking,
and it makes me sick. I’m going over to tell them to stop!”

I knew that I should not let my Dad go across the hall...
so my Mom and I said we would speak to them.

Knocking on the door,
I had no idea what I would say...
but I settled on asking about the fan over the stove.

A woman answered and I introduced myself and my Mom.
She invited us in.

I imagine I stuttered as I began...

I wondered if perhaps they could keep the fan on
a little longer when they were cooking
so the smell of the food would not fill the hall.

I gently tried to explain that the smell was very strong for my Dad.

The woman was calm and kind,
she offered us tea, but we declined.

She said she would make sure the fan was on high,
and hoped that we would not be too interrupted by the smell.

My Mom began to leave when the woman touched my shoulder...
and quietly said.

In our faith tradition, we do not eat pork.
Each Sunday the smell of bacon is very strong...
perhaps you could also use your fan on high.

The look on my Mom’s face was one of horror.
She had never considered that their custom
of having bacon and eggs after church each week,
would ever cause others a problem.

My father was equally shocked... and at first very defensive.
I am not so sure he really believed bacon and eggs,
could smell bad to anyone!

But I think we all learned something that day.

The hardest thing I learned that day, was to say out loud...
‘My Dad is a racist.’

Peter followed Jesus out onto the water.
It is not so easy,
to follow Jesus into rough water’.

Belonging to two groups who experience discrimination,
should certainly shield me from the charge of white privilege.

But I know different now.

Not everyone here this morning is white.
There is some diversity among us.

For those of you who are white,
I recognize that I may push some buttons this morning,
and I may say things you just can’t believe.

Please just try to stay present... and not linger in the frustration,
or in anger.

For those who are people of colour,
I will make mistakes... over statements, not get it at all.

I am open to feedback.
I will do my best to receive it graciously...
reflect... and work to change my behaviour.

For me, this is all about justice and love
and meeting Jesus in the storm.

Back in the mid-’80s after the ‘bacon’ incident...
it was hard to say that my Dad was a racist.

Robin Diangelo would also call me a ‘white progressive’.

Robin Diangelo, author of the book –
White Fragility says that:

‘ a white progressive is any white person
who thinks he or she is not racist, or is less racist,
or in the ‘choir’ or already ‘gets it.’ ’

Robin Diangelo’s book has been my guide for the last few months or so.
Her subtitle is ‘Why it’s so hard for White People to talk about racism’.

It has been difficult reading at times,
but I am thankful for the experience.

Robin also says this about being white progressives ...

White progressives... cause the most daily damage to people of colour.

White progressives can be the most difficult for people of colour because,
to the degree that we think we have arrived,
we will put our energy into making sure
that others see us... as having arrived.

So none of our energy will go into what we need to be doing
for the rest of our lives:

Perhaps after reading her book a second and third time,
I will start to believe that my energy is going in a good direction.

Robin can use the word we because she is white.
She is an academic, lecturer, and author...
and has been a consultant and trainer on issues of racial
and social justice for more than twenty years.

In her book, she explores how white fragility develops,
how it protects racial inequality and what we can do
to engage more constructively.

She also helps us to understand racism,
as a practice not restricted to ‘bad people’.

Jesus calls us into the rough waters,
to meet the power of God’s presence with-in the storm.

So let’s get out of the boat,
to walk on the water toward Jesus.

But I warn you... that once our toes are splashed by the
swirling, rushing, dashing water...
we might feel like we are about to drown.

Remember those words... and get out of the boat, all the same.
Walk in the swirling, rushing, dashing water...
walk in the storm and take a good look
at the Church, our country, this congregation...
take a good look at yourself.

If… as white folks... we pray for peace, or unity, or justice, or understanding...
and we fail to confess our own white privilege...
then we cannot yet claim that we are a part of the solution.

As long as children in this country suffer in poverty,
because of the colour of their skin,
we must find more actions to accompany our prayers.

As long as any Aboriginal lands are deprived of safe drinking water
we cannot claim the moral high ground.

If the words “Black Lives Matter” evokes an ambivalent response from us,
we cannot claim that systemic racism does not inhabit our institutions.

As long as, we can continue to close our eyes
to civilian casualties in Arab nations,
we cannot claim that we care about brown or beige lives;
especially if they happen to be Muslim.

As long as we sell land that is not really ours and take the full benefits
without giving any consideration to whose land it really is;
we cannot say we are not a part of empire.

If we do not have any people of colour in our lives,
as friends or persons we relate to on a regular basis...
and we don’t see that as a real loss...
we must understand... our participation in racial segregation.

As long as we laugh along during the telling of a racial joke,
or stay silent, or fail to confront the person...
we cannot say that we stand against white solidarity.

Race doesn’t actually exist.
It is a term based on a mistaken science,
that stated we had biological differences in our human species.

Race is an evolving social idea
that was created to legitimize racial inequality
and protect white advantage.

As a white person, I have been socialized to see myself as superior,
and not knowing that until recently...
I could do very little about it.

If I understand racism as a system into which I was socialized,
I can start being open to feedback on my racial patterns
as a helpful way to support my learning and growth.

Many of us are working hard ‘not to be racist’... we are active,
put ourselves in situations that challenge us.... are open and listen.

My words might help make us more aware,
but relying on the power of Grace and God’s love,
will enable change to happen.

I am not after a response of guilt,
but a response of action... of putting ourselves out there...
being open to correction and hard work to make changes in ourselves...
and a focus on systemic and structural justice.

We must have empathy, compassion and respect.
Let us believe that the Holy Spirit is loose among us,
and that we can be moved and changed and set free.

Let us join with the Christ in this world-changing,
resurrection work, within the storm.

The challenge is to move beyond being non-racist,
to being actively anti-racist,
letting God lead the way, as we are called into the storm.

I will end with a legend.

A Cherokee Elder is teaching his grandchild about life.

“A fight is going on inside me,” he said to the child.
“It is a terrible fight, and it is between two wolves.

The Elder continued, “The other wolf is good – the other is joy, peace, love, hope, serenity, humility, kindness, benevolence, empathy, generosity, truth, compassion,
and faith.

The same fight is going on inside you, my child – and inside every other person, too.”

The grandchild thought about it for a minute
and then asked Grandfather, “Which wolf will win?”

The old Cherokee simply replied, “The one you feed.”

With-in the storm we walk with Jesus.
and with Jesus... is the place for love, compassion, peace, joy, truth, hope.

Racism has no place.
Love creates love.
There is enough privilege to go around. 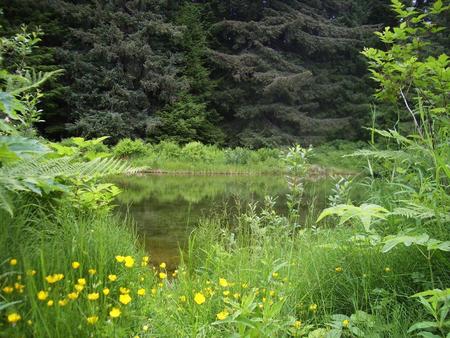 Woo Hoo, What a Ride!